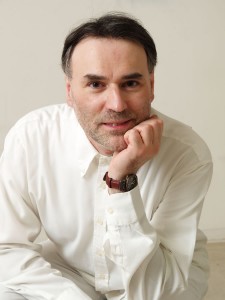 Alessandro Bistarelli pianist and musicologist, was born in Città di Castello. He studied music at the Conservatory “Francesco Morlacchi” of Perugia, where he got a degree in piano. He completed his studies in Rome with Professor Eugenio De Rosa, and in Genoa with Professor Massimiliano Damerini. Furthermore, he attended courses in piano interpretation with Guido Agosti, György Sandor, Andrea Pestalozza, Christiane Montandon, Christa Butzberger, and a course in the interpretation of Bach with Huguette Dreyfus.

He attended a two-year course held by Maestro Piotr Lachert at the Music Academy in Pescara, receiving the Diploma in Piano Teaching.

In April 2014 he received the Second Level Academic Diploma in Music (Piano) at the Conservatory of Music in Perugia, under the guidance of Maestro Stefano Ragni, getting the maximum (one hundred and ten), honours and honourable mention, discussing a thesis on the last Aleksandr Skrjabin’s piano works.

He has been a guest of: the International Festival of Italian Chamber Music of the Trasimeno, the Italian Centre for Diffusion Chamber Music in Anzio, Friends of Music Association in Cortona, the Music Association Orfeo Stillo in Paola, the Musical Review Spoltore Music, the Association of Friends of Music in Sansepolcro, the Festival Max Reger in Merano, Laguna Art Festival Chioggia, Monzino Foundation in Milan, Casa Menotti, Experimental Lyric Theatre in Spoleto, Youth Musical Association in Perugia, “A castle on the horizon” in Postignano, Musical Chapel of the Cathedral of San Rufino in Assisi, Classical Music Festival of Castiglione del Lago, the Tetracordo Festival in Isernia, Festival Federico Cesi, and Todi Festival.

In 1988 and in 1990, he was invited to concert tours in Mexico, performing in San Louis Potosì, Puebla, Morelia, Acapulco, Cordoba, Veracruz, Toluca, and Guadalajara.

He played for the Italian Cultural Institutes in Finland (Helsinki, December 2002) and Libya (Tripoli, September 2008).

In May 2006, the Polish Institute in Rome invited him to hold a monograph concert on the piano works by Piotr Lachert, at the composer’s presence.

In March 2009 and in October 2011 he held concerts in Yverdon Les Bains (Switzerland) for the Cultural Association “Cenacolo”, and for the Contemporary Art Gallery “Hôtel de Ville”.

For many years Alessandro Bistarelli has been performing a work of musicological research on the compositional thought of Aleksandr Skrjabin’s piano works, of whom he is a passionate interpreter.

In this role, on the anniversary of the Russian composer’s death, he has recorded a series of four programs for Vatican Radio, broadcasted in March and April 2015.

In the same year, he recorded for the recording company Sheva Collection, a CD dedicated to the cycle of recent compositions by the Russian musician.

On the occasion of the skrjabinian concert held for the Youth Musical Association of Perugia, the music critic Stefano Ragni wrote in the “Giornale dell’ Umbria” (the Umbria newspaper): with a clear vision and a flawless interpretation of time scanning and rhythmic patterns that the author developed to the limits of the informal, Bistarelli led his listeners to a world of emotional pulsation alluding to the cosmic ecstasy…

In the context of the 102th Congress of the Italian Theosophical Society he presented a report on Skrjabin musician and theosophist (2016).

He has taught at various middle schools, specializing in music. He is currently teaching piano in the music course of the School “Valenti” of Trevi.

This website uses cookies to improve your experience while you navigate through the website. Out of these, the cookies that are categorized as necessary are stored on your browser as they are essential for the working of basic functionalities of the website. We also use third-party cookies that help us analyze and understand how you use this website. These cookies will be stored in your browser only with your consent. You also have the option to opt-out of these cookies. But opting out of some of these cookies may affect your browsing experience.
Necessary Sempre abilitato
Necessary cookies are absolutely essential for the website to function properly. This category only includes cookies that ensures basic functionalities and security features of the website. These cookies do not store any personal information.
Non-necessary
Any cookies that may not be particularly necessary for the website to function and is used specifically to collect user personal data via analytics, ads, other embedded contents are termed as non-necessary cookies. It is mandatory to procure user consent prior to running these cookies on your website.
ACCETTA E SALVA